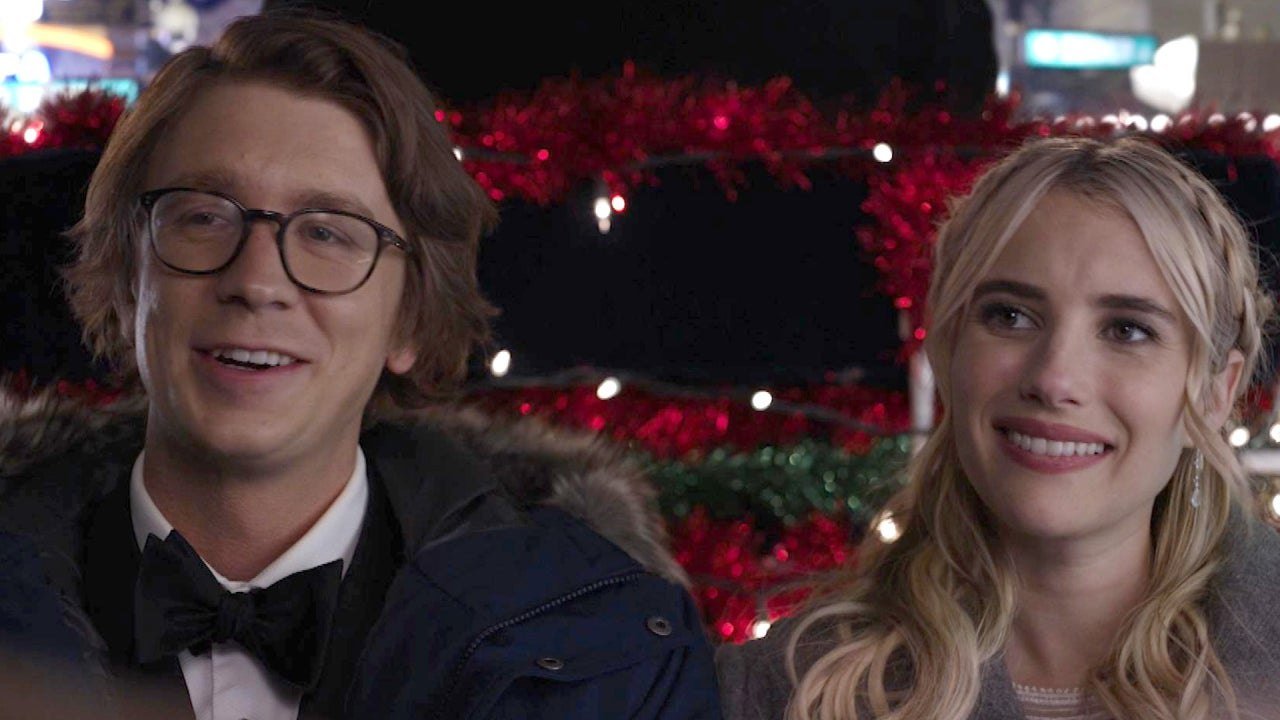 Emma Roberts knows how to make a meet cute count in her upcoming rom-com, About Fate!

ET exclusively debuts the trailer from the upcoming film from director Marius Vaysberg, which stars Roberts as Margot, a woman who gets dumped by her boyfriend (Lewis Tan) on the eve of her sister’s (Britt Robertson) wedding. When she returns home to find a strange man, Griffin (Thomas Mann), in her house by accident, she proposes that he step in as her date.

The problem? Griffin’s got romantic entanglements of his own, with his girlfriend (Riverdale’s Madelaine Petsch), counting on his proposal — which is supposed to happen the same night of the wedding, New Year’s Eve.

Through a few hilarious twists and turns, the pair teams up to make it through the wedding, only to realize that the love they’ve been searching for might have come from the most perfect twist of fate!

“I guess you could say I caught her by surprise,” Griffin improvises during his sweet toast. “It’s been a non-stop adventure.”